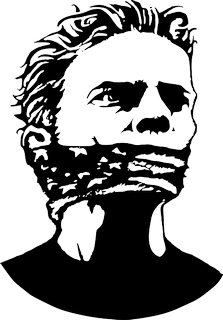 So the clock is ticking away and in a few short hours Parler will have its hosting yanked by Amazon Web Services (AWS). It’s already been censored from the Google Play store and the Apple Store. I wanted to jot down a few thoughts on it when Iron Maiden’s “Hallowed Be Thy Name” popped into my head.

The song is about a fellow on death row waiting for the gallows.

I’m waiting in my cold cell, when the bell begins to chime
Reflecting on my past life and it doesn’t have much time
‘Cause at 5 o’clock they take me to the Gallows Pole
The sands of time for me are running low

How he got there is anyone’s guess. That information isn’t in the song.

But we most certainly know how Parler ended up on death row.

Ostensibly it started with Lin Wood calling for Mike Pence’s execution by firing squad after Pence certified Biden as the 46th POTUS.

Whether or not that’s exactly true isn’t really that important. Parler was doomed anyways and that was just the reason Apple, Google, and AWS used to attack.

What really happened is that some rebel started up an alternative to Twitter that… <GASP!> supported freedom of speech. As we all KNOW, free speech is just a dog whistle for “white supremacy”.

This deplatforming of Parler has been in the works for some time. Parler should’ve learned from Gab and their deplatforming from payment processors and web hosting.

The catalyst this time was Mike Pence certifying Biden as POTUS #46 and the January 6th, 2020 protests in support of President Trump degenerating. There was some violence and yeah, bad stuff. Reportedly the protesters were infiltrated by Antifa who staged a false flag to blame the Trump supporters. We’ll likely not ever really know exactly what happened, but again, I don’t think that’s very important. The leftists would have found some reason, any reason to condemn the protest.

So Twitter started censoring his tweets and other people too.

A mass exodus to Parler ensued. THIS sealed their fate. The left simply cannot tolerate any dissent.

Parler’s servers were overwhelmed and their service went down. They quickly added more capacity and restored the service. Parler was the #1 app in the stores.

And then when Parler was removed from the app stores, Jack Dorsey, CEO of Twitter, posted this:

Signal was only #1 because Parler was gone.

Was Jack loving that Parler was gone, or was he just loving Signal? Maybe a bit of both.

This isn’t and never was about “violence”. It’s always been about silencing political opponents.

Trump’s tweets. Bad reactions to Mike Pence at the Capitol. Lin Wood’s post on Parler. They could have been anything. They’re just convenient excuses for censorship.

So, in a couple hours Parler will go down. Hopefully they’re back up soon though. Because if you hate them today, tomorrow you’re going to need them. Don’t think the politically correct censors won’t come for you.