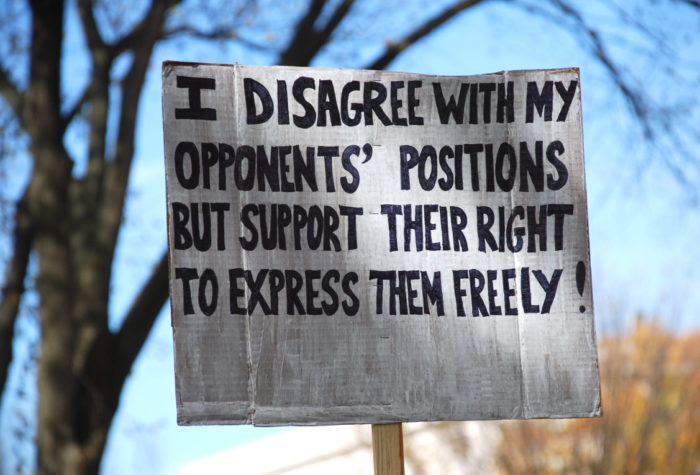 Because never has free speech been under attack here like it is now. So, this is going to be a giant FUCK YOU.

The Canadian government has been on the attack for some time, and they’re ratcheting it up a few notches. Leading the charge is convicted criminal Federal Heritage Minister Steven Guilbeault, MP for Laurier-Sainte-Marie. This is my motivation. Fuck them. I won’t be silenced and won’t stand by idly as others are silenced.

That stupid cunt is framing censorship as “protecting Canadians online”. Fuck him. With a chainsaw. In the ass. He’s not protecting anyone, and if anyone needs to be protected, they’re certainly not functioning adults.

But this isn’t the first time that subhuman filth has tried to censor Canadians. He’s tried before.

He’s relentless and will never stop.

What he means is just speech that he doesn’t agree with or doesn’t like.

Now, I could start off with some trite, boring crap. But I’m not going to. I’ll leave that for when I’ve got writer’s block.

Instead, I’m going to start posting exactly what will trigger filth like Trudeau and Guibeault.

Further, I’m going to adopt some of the underlying positions of the far left. You know. That stuff that we all see in their rhetoric but that NOBODY ever talks about. (The far left is full of racists and eugenicists.)

This is going to be fun!